Zola is my 4 year old Pitbull / Boxer mix. She highly resembles that of a Boxer. People have no fear of walking up to her and petting her and looking into her eyes. When asked what kind of dog is she, I seldom answer with Pitbull / Boxer Mix. The 180 change in a person’s behavior when they hear “pitbull” is almost uncanny. Highly predictable. The little girl that lays her head down on Zola’s head and kisses her forehead is snatched away by her mother and they quickly scurry away.

They do not know about the story of how Zola and my Nephew, Rylan are a mere 3 months apart. How my sister brought over Rylan to visit. How she laid him in my bedroom on the floor to sleep surrounded by pillows. How after some time, we all were wondering where Zola was. She was just a puppy at the time…where did she run off to? We went looking, and saw my bedroom door open more then what Erin had left it. We peered in so quietly only to be soothed with comfort. In my room, on the floor, curled up, was Zola and Rylan. She was keeping an eye on him and napping with him.

The ignorant woman doesn’t know how rough Rylan could be when playing with Zola. How Rylan would be excited and swan dive onto Zola while she was sleeping in her bed. How Zola never growled, curled her lips, or barked at Rylan. How she would just simply move over a little and give him some room.

I wonder if she could stand to believe that some of Rylan’s first words were …. Zola … good girl.

I am blessed to have Zola in my life. She’s a sweet girl, she’s a loyal dog, and a joy to anyone that meets her!

There is not a more misunderstood canine on the planet than a Pit bull.
J. Dunn author of Pit bulls: Warrior…Hero…Loyal Friend

Bless America and our Bullies! 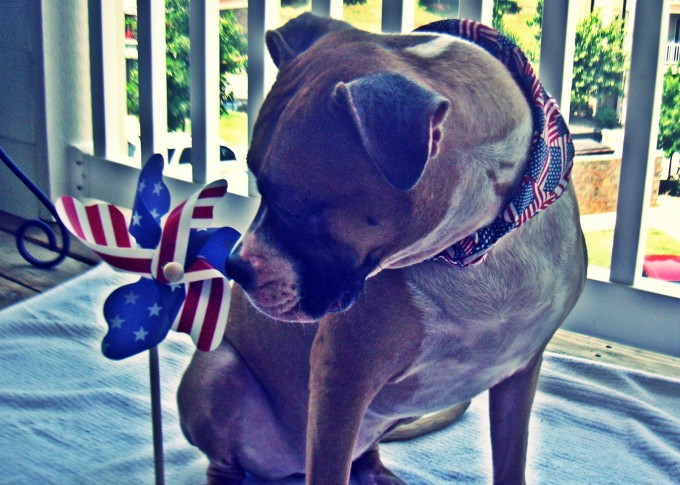 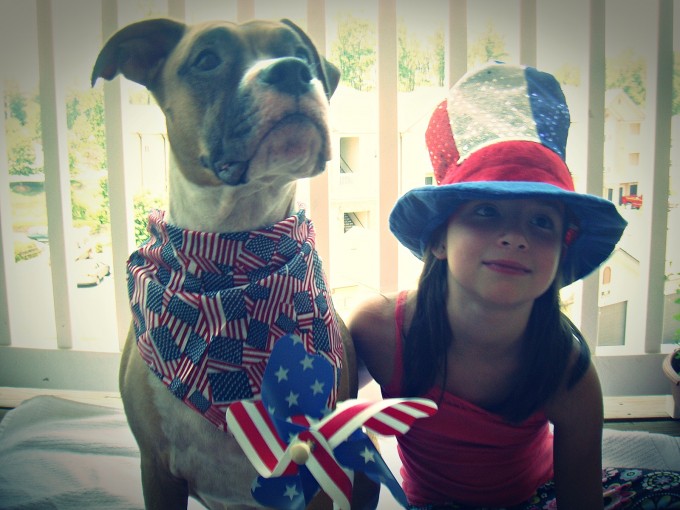